The heart of Beeston (or Beeston next to Mileham as it was once known) was originally clustered around the church but is now a scattered village with its heart nearly a mile east of the original village. Beeston has been a thriving village with many small businesses recorded throughout its history; in the nineteenth century such tradesmen included a shoemaker, a baker, a blacksmith and a wheelwright. There were four public houses: The Bell Inn, The Holkham Arms, The Ploughshare and one more unnamed establishment listed in 1836 as a ‘beer house & blacksmith’ and then later as a ‘beer house & school’.
The Second World War brought many changes in the area as a large part of the village was taken over by the American Airforce as they were stationed at the neighbouring Wendling Airbase. The Americans built many buildings in and around the village to house the airmen as well as the many different back-up units crucial for the smooth operation of the base. After the war some of the buildings were used to house a number of local families.
Beeston is still a thriving village and one of the few local villages still to have its own school and public house (currently closed but there is a move to acquire the pub as a community pub – see Ploughshare page). Along with these there has been an influx of larger employers moving into the village during the latter part of the twentieth century to occupy the buildings left by the Americans.
The filming of ‘Allo ‘Allo! at Beeston Church.
This area has been used for a number of different television programmes over the years. A relatively recent example of this is when the Church of St. Mary the Virgin at Beeston was used to film a couple of episodes of the BBC comedy series ‘Allo ‘Allo! , which was transmitted between 1982 and 1992. Its isolated location made Beeston church ideal for filming such a programme. This was a rather exciting occasion for the village and a number of locals came along to the church to meet the actors and watch the filming. 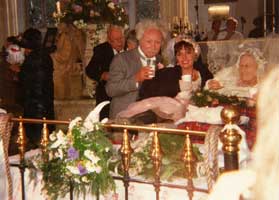 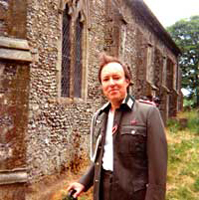 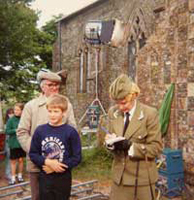 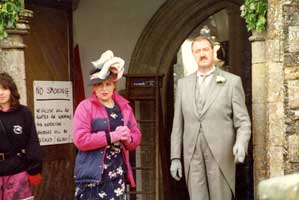 Music in a Country Church
On 25th May 1990 the Norfolk Churches Trust organised two concerts in Beeston Church with Dame Kiri Te Kanawa and the Russian pianist Andrei Gavrilov. Both performances were a well attended and there was a very special guest, Prince Charles 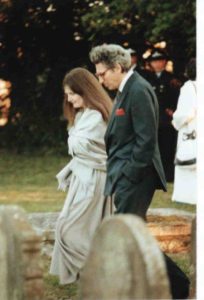 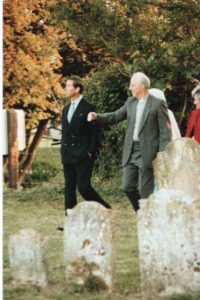 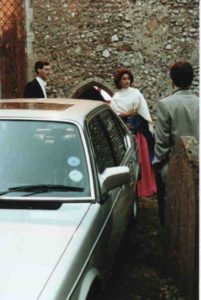